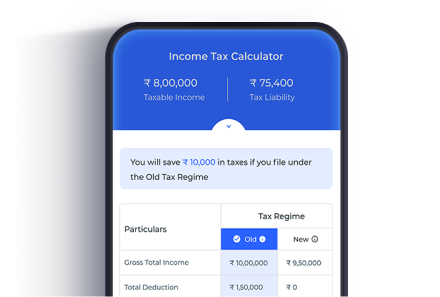 The tax system in India is often considered a complex one because of various elements which make up the entire tax structure. In order to understand deferred tax liability better, it is essential to note there are two different financial reports which an organization prepares every fiscal year – an income statement and a tax statement. The motive behind the preparation of a company’s income statement and tax statement was a difference in guidelines. Hence, this disparity creates the scope for deferred tax.

What is Deferred Tax Liability (DTL)?

Deferred tax liability is specifically created when a tax obligation accumulated in one financial year but is due in a subsequent year. A DTL indicates that the organisation may have to pay more tax in future for a transaction in the current period. The deferral comes from the difference in timing between when the tax is accrued and when the tax is paid.

How is Deferred Tax Liability created?

Deferred Income Tax Liability can arise in several cases. Recognizing these circumstances and their subsequent effect on a company’s financial records is therefore important. Furthermore, it simplifies the processes for auditors and analysts when these instances are appropriately recognized and recorded in the financial statements of a company. Listed below are a few reasons which result in DTL arising for a company.

Variance in depreciation methods and rates

A deferred tax is created when there is a difference between the approach in which a company calculates depreciation on its assets and the method of depreciation calculation as prescribed by the IT Department. This variance from the tax laws creates a temporary discrepancy between depreciation figures mentioned in a company’s financial statements and the corresponding tax reports.

When depreciation on an asset is at a lower rate than the income tax department, this inflates gross profit in its books in comparison to the tax statement for that year. The difference between those two figures would eventually narrow over the following years.

For example, The company XYZ assumes that a manufacturing machine costs INR 4,00,000 having a depreciation rate of 15%. However, regular financial accounting will take into account 10% depreciation. It has generated revenues worth INR 10 lakh in that year and incurred expenses of INR 6 lakh excluding depreciation on assets. The below table mentions the comparison between the two reports:

Therefore, the tax liability as per books is INR 90,000 and for tax purpose it is INR 85,000. The temporary difference creates a deferred tax liability of INR 5,000 for the company which it shall account for in a subsequent year.

Treatment of revenues and expenses

As per the Income Tax Act, tax cannot be levied only on revenues that are not realized by companies. Hence, it creates a disparity in the revenue shown in an income statement and tax reports. This disparity in the treatment of revenues creates a deferred tax liability, as tax shall be paid in a subsequent year when such revenue is realized.

Let us take an example, Company X in FY 2019-20, sold goods worth INR 12 lakh at credit out of which he received INR 6 lakh in that year and the rest will be paid by the debtors in the following year. Expenses incurred during the year were INR 4 lakh. The tax calculation for both its income statement and tax report is as below:

The difference in tax liability between the income statement and its tax report is INR 1.5 lakh, which the company is liable to settle in the following year when it realizes the rest of the revenue, thus creating a deferred tax liability.

Often companies have an option to carry forward their profits for one year to a subsequent year in order to effectively bring down their tax liabilities. In such a case, since the company will be liable to pay taxes on the carry-forwarded profit in the next year the deferred tax liability is created.

Deferred tax liability or asset arises from a variance in accounting principles and tax guidelines. To better understand the differences between DTA and DTL, a detailed comparison between these two is mentioned in the table below:

What is the entry for deferred tax liability?

The Deferred Tax is created at the normal tax rate. The book entries of DTL is as follows:
Profit & Loss A/c Dr.
To Deferred Tax Liability A/c

Where does deferred tax liability go on balance sheet?

DTL appears in the Balance Sheet under Non-current liabilities.

When to reverse a deferred tax liability?